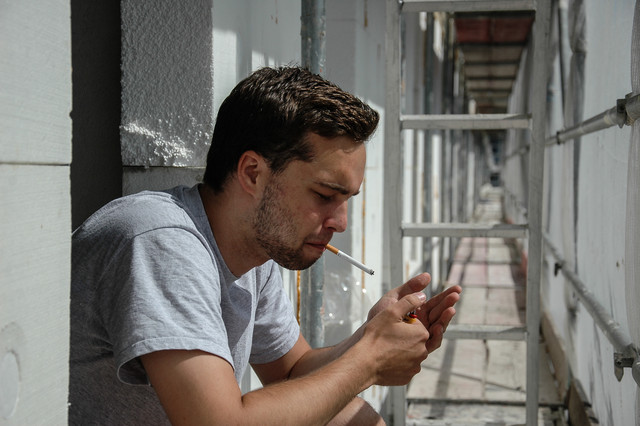 Berlin native Max Graef began releasing electronic music in his late teens and early twenties; he quickly developed a sound to reflect his eclectic taste, incorporating hip-hop, jazz, and house. Graef was part of an amateur jazz ensemble in his earlier years; it wasn't until he joined a student exchange program, which relocated him to London, that he became interested in electronic music. Upon returning with a newfound interest in house and hip-hop, Graef secured himself a job at Berlin's OYE Records, allowing him to indulge in everything the store had to offer, and integrate himself into the local scene. It was there that he got to know various affiliates of Tartelet Records, eventually leading to the release of the Am Fenster EP in 2013. Meanwhile, Graef's own label, Box Aus Holz, began to gain traction, allowing for Graef and his close circle of friends to release music independently. Despite owning his own label, Graef reverted to Tartelet for the release of his debut album, 2014's hip-hop-centric Rivers of the Red Planet. In 2015, Graef set up another label with his close friends Glenn Astro and Delfonic, referring to it as Money $ex Music. Around the same time, Graef began gravitating toward hardware-based live shows, moving away from playing vinyl to offer more of a live experience. In late 2015, he launched his full live jazz-fusion band, aptly called the Max Graef Band. Their debut album, Dog, came out on Money $ex Music the same year. The following year, Graef and Astro collaborated for an album of rough, cut-up house tracks titled The Yard Work Simulator, which was released by Ninja Tune. ~ Liam Martin, Rovi