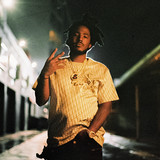 Mozzy has emerged as one of the most exciting voices coming out of the West Coast. From Sacramento’s Oak Park neighborhood, the prolific EMPIRE artist reached the mainstream after appearing on 2018’s #1 Grammy-nominated Black Panther soundtrack. After a host of celebrated albums, collaborative projects, and massive hits on YouTube spanning a decade, Mozzy steps forth with his most compassionate album to date, Beyond Bulletproof. Supporting others is at the heart of 2020’s Beyond Bulletproof. “In my neighborhood and the ghettos of America, ‘bulletproof’ means ‘love.’ So this is a message that nobody can tamper with the love that I’ve got for you; it’s bulletproof—it’s Teflon. We seasoned up the expression; I’m taking it further, and saying that I love you—regardless of your flaw or the rules of the street.” In several places on the album, Mozzy looks at those who are bullied or passed over in their community—whether due to addiction, poverty, or mistakes they made in the past. It offers a hand, a second chance, and some understanding. “I Ain’t Perfect” is one such song, marking some new depth for the ever-evolving rapper. “We overlook the people that hit rock bottom, but I endure the same struggles and go through the same problems. The only difference is I’m functioning. I’m still able to go to work, pay my bills, and keep things in order. But I have the same problems where I fall on my face.” Mozzy hopes to shine a light on the unsung heroes.