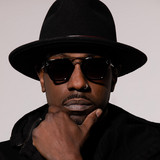 Gene Farris lives and breathes house music. A bonafide Chicago legend, he’s been pushing musical boundaries for close to three decades, from spinning at underground warehouse parties in the early 90s to working with the current crop of world-leading labels and artists. Toolroom, Relief, Dirtybird, Spinnin Deep, ViVa Music, Defected: all have released and championed Gene Farris records over the past few years, alongside his own Farris Wheel imprint: a fitting testament to the quality and relevance of the music he creates.   As a self-taught engineer and producer, his work with Cajual, Relief Records, Defected Records, Soma Recordings and his own breakout label Farris Wheel Recordings, propelled his influence into ever expanding realms. His catalogue is vast, varied and consistently inspired, with notable releases including We Work It on Farris Wheel, Nursery on Toolroom, Space Girl on Dirtybird, ‘Play’ on Snatch!, ‘LOL’ on Relief and 2015’s ‘Move Your Body’, which was one of the biggest club records of the year. Similarly impressive was Gene’s ‘Welcome To Chicago EP’, which after its release on Defected Records back in 2003, quickly became a cult classic.