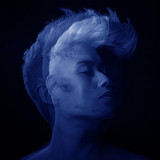 PRIME is a multi-ethnic New York City based Producer, Visual Artist, Singer, and Composer. PRIME’s latest work reflects his eclectic taste, blending influences from Pop, R&B, Electronic, Dance, and Rock Music. Previously, he garnered recognition from Music Connection Magazine, as a HOT 100 Artist, Reverbnation, Kings of A&R, and Impose Magazine, amongst others. Being of Filipino, Spanish, Chinese, and Indian descent, PRIME has always cherished music as the world’s common language. He was born in the Philippines and raised primarily in New York City, where he enlisted in many musicals and earned admission to the acclaimed LaGuardia High School of Performing Arts. After high school, PRIME attended college for Multimedia Arts in preparation for pursuing his dream. He then devoted his full energy to songwriting, music production, and the visual aesthetics that would culminate in PRIME’s sound and lifestyle. As a member of the LGBTQ+ community, PRIME hopes to encourage listeners to “express themselves without concern for fitting into a mold.”