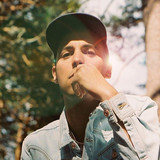 Pional (real name, Miguel Barros) is a Spanish electronic musician, producer, and remix artist from Madrid. He first made his appearance on the scene in 2006 under the name Alt Fenster and put out several singles and remixes for artists on labels such as Maripoza and Praesul Records. He continued under this moniker for a number of years before putting out his first EP as Pional -- titled A Moot Point -- via Hivern Discs in 2010. He followed up with the Last House on the Left EP on Permanent Vacation in 2011 and began to earn comparisons to artists such as Grizzly Bear, Moodymann, and Caribou. 2012 saw him appear on fellow electronic producer, John Talabot's record, Fin, and went on to tour with John to promote the album, opening for the xx throughout the U.S. and Europe in the same year. Pional and Talabot -- under the collaborative name of Lost Scripts -- released the I’ll Be Watching You single in 2013. 2014 saw Miguel work with Spanish house DJ Henry Saiz on the Uroboros single. Later that year, Pional delivered reworkings of tracks by artists such as Jessie Ware, Empress Of, and Rosie Lowe. In 2015 he headlined the Boiler Room showcase event at Barcelona's Primavera Festival. 2016 saw the arrival of his When Love Hurts EP, which featured Empress Of on the closing track "The Way That You Like." He returned in 2018 with the "Miracle/Tempest" single. ~ Rob Wacey, Rovi