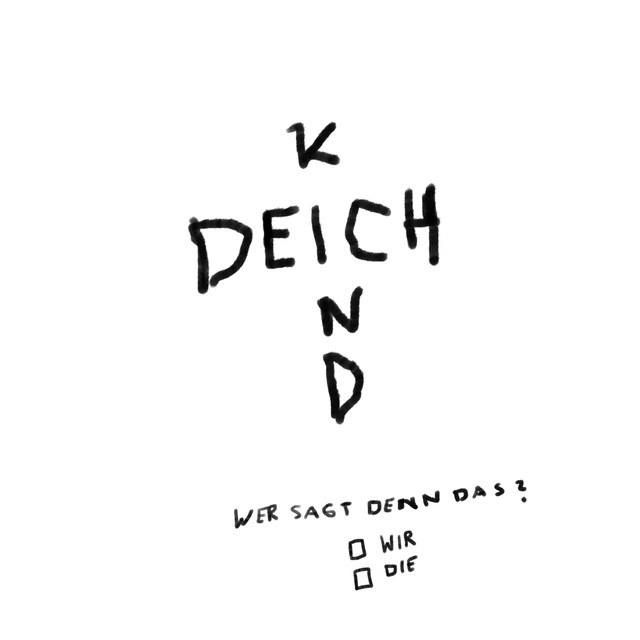 Years before the mini-series Will It Blend? became a mass phenomenon on the Internet, German high school buddies Philipp Grütering and Malte Pittner formed the refreshingly controversial Deichkind to conduct a few blending experiments of their own. Hailing from Bergedorf on the outskirts of Hamburg, Grütering and Pittner teamed up with producer Sebastian Hackert and DJ Phono in 1997 to breathe some fresh life into the country's somewhat conservative rap scene -- only to find out that the scene itself wasn't quite ready for Deichkind's idea of reform. The outfit's first concerts (art-hop in Low German!) more often than not ended with the MCs fleeing the stage, ducking tomatoes and half-empty beer cans. Stubbornness, however, has always been a North German virtue. Another MC, Buddy Inflagranti, whose accordion promised better protection from flying vegetables, was incorporated, and three years into their mission Deichkind's second EP, Kabeljau Inferno ("Codfish Inferno"), eventually opened doors around the country, helping score a deal with Warner's Showdown label in 1999. Just a few months later, Bitte Ziehen Sie Durch, Deichkind's first album, was released nationwide and the single "Bon Voyage" landed the band a spot in every other summer festival in the country. Collaborations with Nina, Dendemann, and Nico Suave helped convince die-hard hip-hop fans who little by little seemed to warm to Deichkind's eclectic mixture of hip-hop and whatever else came to mind. The band's follow-up album, Noch 5 Minuten Mutti ("Five More Minutes of Mom"), released in 2002, employed Deichkind's trademark skits and humorous lyrics without gaining the band any significantly new ground. The band consequently disappeared from view for almost three years until reappearing from its hiatus in a whole new incarnation -- dressed in silver astronaut suits -- at Stefan Raab's Bundesvision Sound Contest. With Deichkind's brand new single, "Electric Superdance Band," the group set out to demonstrate that, yes, it could blend (in this case techno, electro-pop, and hip-hop), but the audience begged to differ, and through phone votes gave the band a solid last place among 14 contestants. It took Deichkind over a year to digest this and prove to the world with their third album, Aufstand im Schlaraffenland ("Riot in Paradise"), that they were finished with hip-hop for good. However, their subsequent heavily synthesized disco-pop left loyal fans alienated and the same year Pittner and Inflagranti jumped ship to be replaced by bassist Porky Codex and Hamburg rapper Ferris MC. The new outfit released Deichkind's fourth album, Arbeit Nervt ("Work Sucks"), in 2008. A year later the Hamburg rap quartet suffered the loss of regular producer and friend Sebi Hackert, which almost led to the end of the band. However, they returned to action in 2012 with their fifth studio album, Befehl Von Ganz Unten. ~ Nico Tobias Wirtz, Rovi