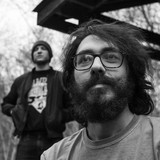 The Petals is an indie-folk/rock band from Pittsburgh, PA comprised of Aaron Sheedy, Daniel Grushecky, and Colin Humphrey. Rooted in home recording, the group is known for pairing dynamic instrumentation with intimate lyrics. Celebrating and shifting traditional songwriting structures since 2015. Songwriter and multi-instrumentalist, Aaron Sheedy, started creating as The Petals in 2015 producing a nine song DIY project called "Lovely Monday" after sound-designing an indie film entitled, "The Lady." After this initial step, in 2017 Daniel Grushecky and Colin Humphrey were added to the project to adapt Sheedy’s bedroom recordings into a sound that could be translated to the stage. The product of their additions led to the creation of their second recorded work, "Meld." Seeking the opportunity to work in a larger studio setting, the band set out to record a mini LP, "Seven Stops," which was recorded and produced by Sid Riggs and subsequently released in the summer of 2019. Since then, the band has been working on their newest title, "Indigo Armor," returning to their home recording sensibilities, which is expected to be released in 2021.