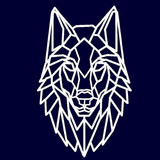 Hailing from Kuala Lumpur, Malaysia, Wolf is an EDM based producer. Started in 2017, his love for producing music became evident as he had a vision of making music and hopefully get to play on one of the biggest music festivals. As a vocalist himself, Wolf has incorporated rap and screams into his music; not pigeonholing himself as what today's music acts are doing. He is heavily inspired by Sullivan King for his eclectic mix of dubstep and metal as well as Scarlxrd with his rapping and screams that fits his style of music. As of recent, Wolf has utilized guitars and vocals into his songs to make them unique. With his upcoming single 'Mentality', Wolf is venturing into rap territory but also retaining his EDM roots. Wolf has also charted in Malaysia's Top 100 Deezer Charts.