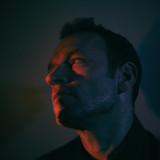 One of U.K. garage's first true stars, MJ Cole's work spanned Mercury Prize-nominated albums and a lengthy career as a remixer and producer. While growing up in London, Cole studied the oboe and piano, ultimately earning a degree in music from City University. He also immersed himself in electronic music culture, working as a tape operator and engineer for the drum'n'bass label SOUR. Cole founded his own imprint, Prolific Records, and issued singles as Morf, Jilt, Spectra 1000, and Matlock. While working on Ramsey & Fen's 2-step remixes for Kym Mazelle in 1996, he caught the garage bug and worked on numerous productions as well as remixes for Soul II Soul, Goldie, Gwen McRae, Another Level, and State of Mind. "Sincere," one of Cole's first tracks under his own name, became a Top 40 hit in 1998. Recorded using a sampler and Atari, it was released via AM:PM and was one of the first charting garage singles. Soon after, Cole signed to Gilles Peterson's Talkin' Loud label, which released the "Crazy Love" single in May 2000 and the full-length Sincere that July. The album's quick, crisp production style earned him a Brit Award nomination as well as a Mercury Prize nomination. Cole released another album, 2003's Cut to the Chase with Talkin' Loud, before leaving the label in 2004. That year, he began releasing a steady stream of singles and EPs on Prolific, including collaborations with Tubby T, Wiley, and Elisabeth Troy. During this time, he remixed artists such as Amy Winehouse, Alicia Keys, and Mariah Carey, took his DJ set on the road, and composed music for television ad campaigns. His own Riddim EP appeared in 2010. Over the next several years, he co-wrote songs with Jimmy Napes and Sam Smith, remixed tracks by Jess Glynne and Adam F, and produced tracks for Dizzee Rascal and Katy B while also finding time to release his own music on the Panoramic EP. Lobster Boy Records released the single "Alcatraz" in 2016. The following year, he returned with "Shelter," featuring Bruno Major, the DJ Zinc collaboration "Interbass," and the solo single, "Pictures in My Head." The material kept on coming in 2018 with the Kojay Radical collaboration "Soak It Up," the Foundations EP, and "Waking Up" featuring Freya Ridings. 2020 saw Cole release his first album for 17 years, one he had always wanted to make. Inspired by his early classical background, Presents Madrugada, released on Decca, was an instrumental album of piano and strings with a soaring, transcendent, filmic quality. ~ Heather Phares, Rovi