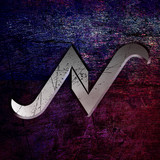 Nevicate is a melodic metal band from Eastern Finland whose nuanced music projects a great deal of musical features including modern EDM, classically orchestrated “drama-music” and dark, mystical Scandinavian atmospheres. Gritty guitar riffs and intensely hitting drums are brought to life with tritonal harmonic singing, wide orchestral arrangements and retro-spirited 80’s synthesizer lines. Theatrical confrontation between brutal aggression and delicate bare humanity creates a unique collision that offers the listener a moment with themselves to balance out wild partying. Nevicate has been active since 2014. The band began to gain more ground in 2015 after participating in Rock Academy -project. As an end product of the project, their first single “Shattered” was released in 2017 followed by a music video. During the past few years Nevicate has developed and reinforced their own personal sound, reaching both catchy and heavy spheres by stretching and on the other hand, neglecting boundaries of musical genres. In the year 2020 Nevicate were recognised by Joensuun Popmuusikot and were handed a challenge cup for notable musical achievements. In the music making process Nevicate uses their steady musical knowledge as well as the emotion and interpretation accumulated by years of playing experience. They are currently working on an aspiring debut album for which the two previous singles, ‘Dewdrops’ and ‘The Surface’, offer glimpses of the album’s overall sound.