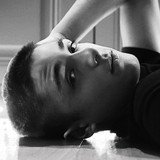 Adopting a Pop sound peppered with hints of elemental R&B, Asher Angel, is ready to conquer his lifelong passion of music. Growing up with a genuine love for entertainment, Asher routinely danced and sang his way around his parents’ home, putting on a show without ever even trying. If his debut single “One Thought Away” featuring Wiz Khalifa touched on the iconic sound he is branding, then his follow up tracks “Chills”, “All Day” and "Guilty"

solidified it. With his latest single, Nobody But You, he teams up with multiplatinum record producer and DJ, CMC$. Asher starred as Jonah Beck on Disney Channel’s groundbreaking original series Andi Mack and it was his work there that led him to secure the lead role of Billy Batson in DC Comic’s Shazam! which premiered April 2019.