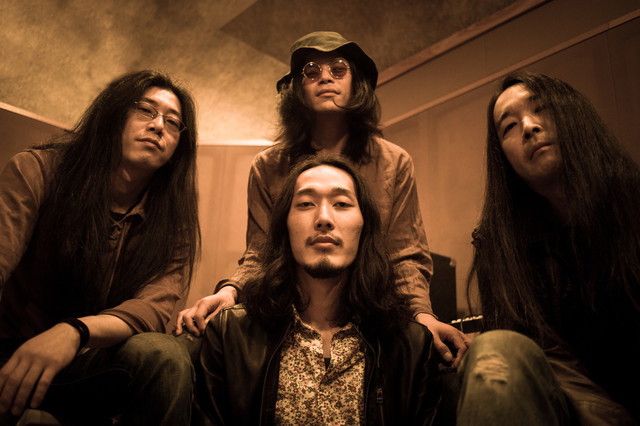 Church of Misery hold the distinction of being one of the first doom metal bands to emerge from Japan. Formed during the late '90s and influenced by the usual suspects (Black Sabbath, Kyuss, Saint Vitus, etc.), Church of Misery originally comprised members Yoshiaki Negishi (vocals), Tomohiro Nishimura (guitar), Tatsu Mikami (bass), and Hideki Shimizu (drums). It was this lineup that issued a pair of independent EPs -- 1998's Taste the Pain and 1999's Murder Company -- before Negishi was replaced with Nobukazu Chow. The Chow-led lineup debuted on the band's very first full-length album in 2001, Master of Brutality, which was issued on the U.S. label Southern Lord. The group issued its sophomore LP, Second Coming, in 2004, followed by a two-disc/triple-LP collection of early recordings called Early Works Compilation, which was issued in Japan via Leaf Hound Records. A trio of split EPs, two with North Carolina-based doom metallers Sourvein and one with Colorado-based sludge rockers Deer Creek, followed shortly thereafter, and in 2009 the band released its third full-length outing, Houses of the Unholy, via Rise Above/Metal Blade. In 2012 Church of Misery embarked on their first tour of the United States in anticipation of their fourth studio long-player, Thy Kingdom Scum, which arrived in 2014. That same year saw the departures of vocalist Hideki Fukasawa, guitarist Ikuma Kawabe, and drummer Junji Narita, which left Tatsu Mikami as the only remaining member of the group. The new Mikami-led iteration of the band released a new album, the aptly named And Then There Were None..., in early 2016, again via Rise Above/Metal Blade. ~ Greg Prato, Rovi