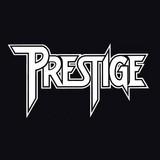 Prestige is a Finnish Speed/Thrash metal band that was formed in 1987. In 1988 they released their first (and only) demo "Gods" and signed a record deal with Poko Records. Between 1989-1992 they released three albums, an EP, and a maxi single. In 2006 they released a best of compilation on EMI music and played together again on some major Finnish metal festivals. In October 2020 PRESTIGE signed a record deal with MASSACRE RECORDS and released a new single and video for the song "Exit". New album Reveal The Ravage was released on 13.08.2021.