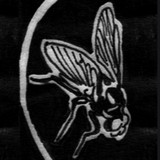 Godchilla are three mysterious boys ripping sludgy waves. This Reykjavík-based surf-doom band first grabbed attention in 2013 upon releasing one song on 19 limited floppy disks. They quickly garnered a reputation for loud, intense live performances with elaborate visual and atmospheric elements. Their live intensity is equally reflected on their powerful debut album, Cosmatos, which came out in fall 2014 and was recorded in Stúdíó Sýrland.

Their overall sound is a seamless blend of ethereal aggression, meditative patterns and shamanic grooves, which holds their audiences as devoted captive subjects. With their sophomore album, Hypnopolis, released in 2017 on Why Not Records, they took their hydro-hypnotic fury even further, and into darker territories. Hypnopolis could be described as the night to Cosmatos' day.