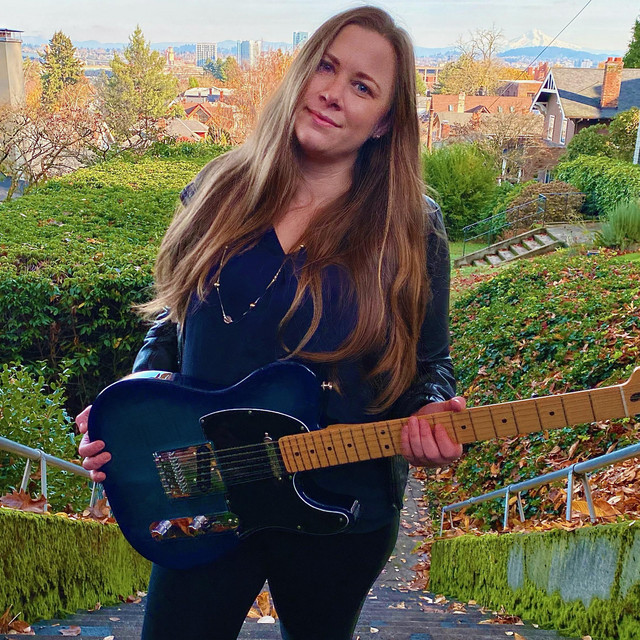 Once described as Sarah McLachlan meets Nirvana, Portland-based songwriter Ronnie Carrier is known for her voice of humble power and genre-crossing songs. She’s released two albums, an EP, and several singles, with music drawing influences from pop to choral to blues to country and beyond. She’s toured festivals and venues, taught music to kids, hosted monthly music showcases, appeared on television and radio, and is currently a producer for Local Roots Music NW. Ronnie began performing in front of audiences at an early age, singing and playing guitar in several youth church bands, as well as performing in both large and small award winning choral ensembles from elementary school all the way through college. The influences from these early performances have transcended through the years and woven themselves into her original music. Her crystal-clear choral voice in anthemic songs like “Wrong Turn and the Mad Sun” and “Entitled.” showcase the seemingly effortless energy behind her voice. More tender songs like “Tiny Song” and “The Sound” showcase her sensitive, dynamic range. With a warm stage presence and a touch of humor, Ronnie’s talent shines through her performances and her music has something for everyone. Last, but not least, Ronnie Carrier is an expert at the mouth trumpet.