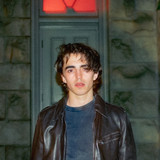 A 21-year-old singer-songwriter and guitar player from Milton ON, Gavin McLeod started playing guitar at the age of 8 and landed his first professional gig at the age of 11. He has been performing his blend of rock, folk, and blues music for over a decade. Gavin burst onto the Toronto Blues scene in 2019 to rave review with the Toronto Blues Society labeling him a “blues phenom”. That year his band traveled to Memphis Tennessee to represent Canadian youth at the International Blues Challenge. This led to a Summer of festival debuts including Ottawa Bluesfest, Tremblant International Blues Festival, Sound of Music Festival, Kitchener Blues Festival main stage, and a set at the Horseshoe Tavern. Gavin played 70 live shows in 2019 all while balancing business school at Ryerson University. With momentum on his side in early 2020, Gavin booked a summer tour that included the RBC Bluesfest main-stage opening for King Crimson as well as the Havelock Country Jamboree. When COVID-19 hit however it forced Gavin into the studio. He independently recorded an EP with Nixon Boyd (Hollerado, Anyway Gang). Gavin now sets his sites on recording his debut full-length album with Ross Hayes Citrullo. Seeing the pandemic as an opportunity for artistic growth, Gavin will emerge from 2020 having recorded both an EP and a debut LP, ready for whatever 2021 may bring.