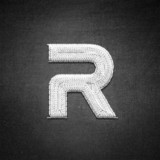 "Dad, will I ever fly to the moon?" The little boy and his father lay side by side in the cool grass, staring at the starry sky. It was a quiet summer night, with the warm and thick air still shimmering through the trees. "Fuck no, son", the dad answered, assessing his son's intellectual capabilities correctly. "But you can always start a band." "... and be a star myself, dad?" A couple of birds awoke abruptly from the sudden burst of laughter that erupted from somewhere in the forest. Not everyone grows up to be an astronaut. On a completely different note, synth-driven pop punk outfit The Rocket aims to bring a refreshing take on the classics we all grew up with. With a keen ear for infectious melodies and an illustrious live reputation, the band has played just about every punk rock venue in the Benelux and loads of festivals such as Groezrock (Europe’s biggest punk rock festival) and a gazillion small venues all over Europe alike. Their new album Another Reason Not to Fear the Sky, produced by Marc McClusky (Weezer, Motion City Soundtrack, Bad Religion) and featuring Justin Courtney Pierre

and Joshua Cain of Motion City Soundtrack, is proof of the unending energy and ambition the quintet brings to the table.