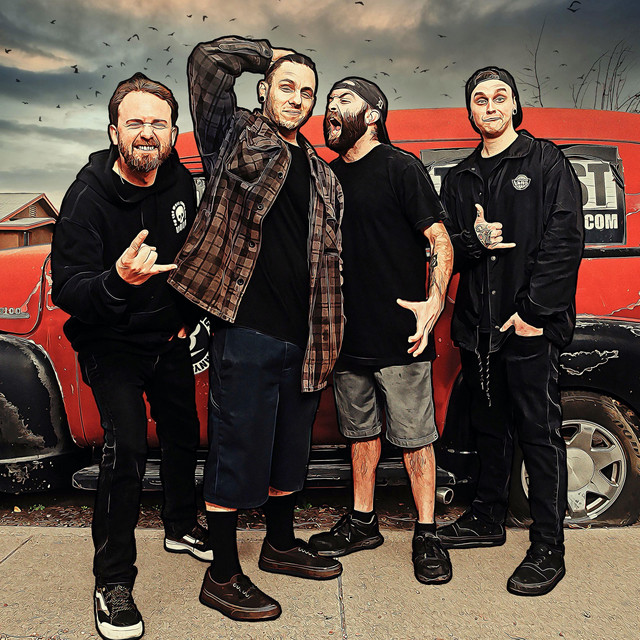 MURKOCET: a substance directly attributed to the aggressive and often times violent actions of it's user; metaphorically symbolizing their music. Murkocet is an American heavy metal band based out of Phoenix, Arizona. Formed in 2013, the band's debut album ‘Digging Mercy's Grave’ was released on January 14, 2017. The album consists of eleven tracks, two of which have been aired on Phoenix’s 98KUPD “Into The Pit” and another that was chosen by indie horror film director, Bob Clark of Reel Bloody Films to be the title track of his movie, ‘Strip Club Massacre’. With a rapidly growing fanbase, the metal quartet landed themselves a spot in Phoenix New Times’ article for “13 Best Metal Bands In Metro Phoenix” on August 29, 2017. Murkocet comprises of vocalist Richie Jano, guitarist Nate Garrett, drummer Cooper Osbron and bassist Jim Rawson. Heavily influenced by Lamb of God, Slipknot, Hatebreed and the like, Murkocet combines their own musical talents to deliver a highly aggressive and unrelenting sound with a catchy melodic groove. The band’s main objective has always been to write material that would not only be exciting musically, but have a strong emphasis on crowd involvement. Their captivating live performance and high energy stage presence prescribes every audience a heavy dose.