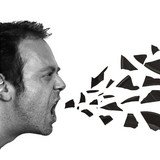 As well as being one of the ablest solo turntablists on the globe, American DJ and producer Cut Chemist (born Lucas MacFadden) is also a member of two highly rated crews: underground rap kings Jurassic 5 and the Los Angeles Latin funk band Ozomatli. His tracks have also appeared on two seminal turntablist compilations, Return of the DJ, Vol. 1 and Deep Concentration. MacFadden made an early name for himself with the L.A. rap group Unity Committee, and debuted on wax with the B-side of UC's 1993 single "Unified Rebelution." The track "Lesson 4: The Radio" was a tribute to and continuation of Double D and Steinski's seminal hip-hop collage masterpiece "Lessons 1-3," and included nods to Indeep, Bob James, Spoonie Gee, and Dan Ackroyd. Soon after the record's release, Unity Committee came together with another group, Rebels of Rhythm, to form Jurassic 5. Cut Chemist kept quite busy with the group, contributing "Lesson 6" to the group's eponymous EP and producing the entire record. He also delved into remixing (DJ Shadow, Liquid Liquid) and outside work (scratching for Less Than Jake; appearing with Ozomatli). In mid-1997 Cut Chemist recorded his first officially released CD, Live at the Future Primitive Sound Session, with Shortkut of Invisibl Skratch Piklz. Two years later, he teamed up with DJ Shadow and performed a series of events in San Francisco. Brainfreeze was a live recording of a rehearsal for one of those shows, and became a popular and hard-to-find album. In 2001 the duo followed up its previous success with Product Placement, a studio record that stylistically followed the pattern of Brainfreeze (two long tracks, two DJs). In 2004 Cut Chemist parted ways with Jurassic 5 and issued Litmus Test, a remixed collection of his previous work. It was followed in 2006 by an album of his own productions, The Audience's Listening (Warner Bros. Records). His official debut studio effort, the set featured guests like Hymnal, Edan, Mr. Lif, and Thes One. The next year, another collaboration with DJ Shadow arrived. The Hard Sell was recorded live at the Hollywood Bowl and once again included two long tracks, one by each DJ. A more concise mix, The Hard Sell (Encore) arrived in 2008. In 2010 he released the mix album Sound of the Police, which featured Ethiopian and Afro-Brazilian recordings. He returned in 2017 with the singles "Work My Mind" (with Chali 2na and Hymnal) and "Madman." Both songs appeared on the 2018 full-length Die Cut, which also contained collaborations with Biz Markie, Deantoni Parks, and Dntel. ~ John Bush, Rovi