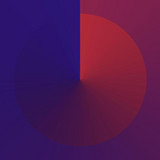 Perfect Scums are a Bruneian Alternative Synth-Rock band from Brunei Darussalam. Formed initially as a one-night-only prom band for their school peers in 2009, armed with Nirvana and Muse covers, with a side of J-Rock. In 2010 the band pursued writing their own music which resulted in their EP debut - Social Anarchy - in 2012. Prior to this, the band has gained public attention by reaching the finals of a high-profile nation-wide televised Battle of The Bands. In 2014, the band released their first LP - Chapter 13, which displayed an evolved version of their initial sound, and their introduction to the use of Synthesizers. Mixed with their heavy guitar sounds, the band cites inspiration from albums such as "White Chalk" by PJ Harvey and The White Lies. Their follow-up LP (2016), Electronic Heartbeats, introduced a heavier contrast in their guitar-synth mix, focusing more on the latter. The album took its inspiration from 80s Synth bands such as Depeche Mode and New Order. The album gained mix reviews due to its departure from the band's indie-gothic elements, and into a more neon-esque inspired theme. Due to these constant shifts in the band's sound, the band has been known by long-time listeners and new followers as a 'chameleon band'. Perfect Scums does not shy away from experimenting with genres when writing music. Their album 'LUNA' will be released in 2018, citing influences from funk and R&amp;B music, which are evident in their new singles 'Dreaming' and 'Oh, K...'.