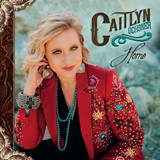 Caitlyn Ochsner was raised on a ranch along the South Platte river near the small town of Kersey, Colorado – an agricultural community where cattle outnumber people. Like many farm and ranch kids, Caitlyn grew up with many responsibilities, but that didn’t keep her from practicing her craft.

She could be heard singing her favorite songs by artists like Reba McEntire, Martina McBride, Shania Twain, LeAnn Rimes, and Trisha Yearwood as she was gathering cows, feeding calves or driving the chore truck. In 2016, Caitlyn moved to Nashville to study music at Belmont University. Over the last several years, Caitlyn has developed her skills as a singer/songwriter and is releasing her debut EP entitled “Home” – which blends her rich, powerful voice with traditional country instruments like the fiddle and pedal steel into a sound that is pure country. While she is regularly praised for her vocal range, high-energy performances, and