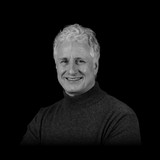 Enrico Novi (born October 1961 in Freiburg, Germany), father Italian, mother German, is a singer-songwriter, producer, guitar, bass and drum player. Right from his start as a guitarist in 1973, he became a fan of the Beatles and the Rolling Stones, followed by mostly British bands like The Sweet, Queen, Pink Floyd and many others. Between 1989 and 1994 he regularly played live with his band, NOVI. One of the highlights was a concert as the supporting act for Dave Stewart & The Spiritual Cowboys in France in front of 9,000 people (1991). In 1994 he built a private recording studio near Colmar (France). NOVI’s first and only album, called "feeding the flame", was recorded there in 1995. After many concerts in Germany and France (e.g. as support act for The Stranglers) until the end of 1997 and a futile attempt to find a distributor for the album, Enrico decided to take a break. He had taken up painting (oil on canvas) in 2003 and then had the idea to combine his songs and artwork. The motto was “every picture tells the song”. He produced the album "pop gallery" in 2004, which consisted of 14 songs and 14 pictures. In 2009 he recorded his third self-produced album ("Die Sonne. Die Wärme. Das Licht."). Soon to be released: Enrico Novi – Destination, recorded and mixed in 2021. Thoughtfulness, melancholy and "joie de vivre" are the defining timeless themes. Enrico played all the instruments himself, except for some solos and additional vocals from colleagues. www.novi.de