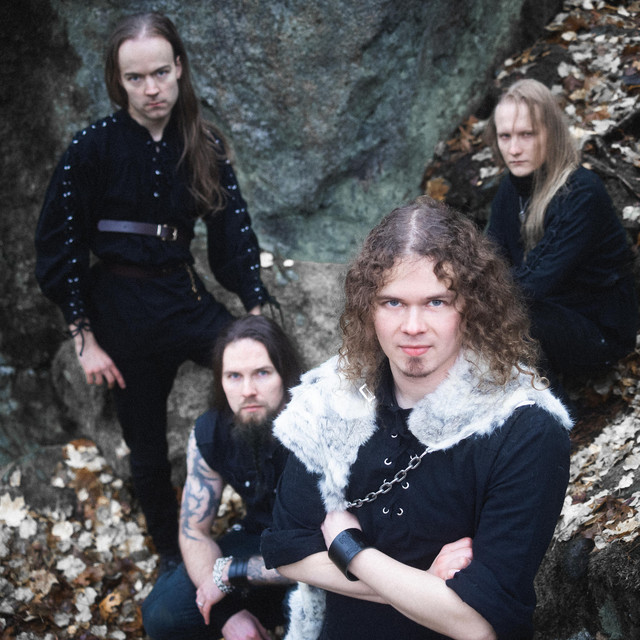 Born of the frost of Northern Finland in 2013, Warfarer tells chilling tales of small people's great struggles in the face of hopeless tragedy. Their ferocious mix of death metal and symphonic elements bites like the freezing wind and grabs hold of you like the flu. After some lineup changes in 2015, an EP release in 2017, and a complete reincarnation and a new single in 2019, the band is now more alive than ever and preparing for war with new brutal songs and sharpened axes. Their most recent release, the single "March Through the Endless Snow", which was also accompanied by their first ever music video, acts as a testament to their upgraded sound and current ethos: "We are here, and you should be listening, because this time we're serious." Kalle Puutio – rhythm guitar & vocals Eiko Matikainen – lead guitar Jesse Sydänmäki – bass & vocals Tuomas Rahikainen – keyboards Mika Ilkka – drums