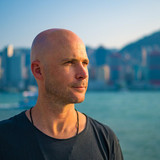 An in-demand DJ who has performed everywhere from Miami, Tokyo, Goa and Europe to Central and South America, London-based, internationally renowned producer and tastemaker James Grant is known as much for his work with the popular electronic music label Anjunadeep as he is for his deep, melodic house beats. A sublabel of Anjunabeats, home to progressive trance giants Above & Beyond, whom Grant also manages, Anjunadeep was founded in 2005 as a vehicle for releases that fell outside of A-Beats largely trance-oriented oeuvre. Since its inception, Anjunadeep has issued a steady stream of chart topping compilations. ~ James Christopher Monger, Rovi