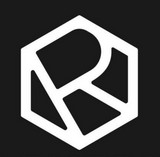 Remedy is a contemporary vocal band made up of students from Argyle High School in Argyle, TX. Formed in 2017, Remedy performs songs in a variety of styles such as pop, rock, indie, folk, and more. Remedy released their first studio album titled "In The Trenches" in May of 2019 and recently released their sophomore album titled “Waves.” Remedy has had the opportunity to work with some of the best arrangers, producers, and engineers in the business including Six Appeal’s Mel Daneke, Human-Feedback's Rob Dietz, Musae's Jo Vinson, and master engineer Dave Sperandio. Remedy is under the direction of Argyle HS Director of Choirs, Will Griswold.