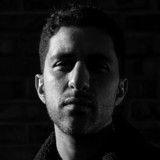 Born in Washington DC and raised in Maryland, Raef has shared his music with faith-based communities across the world. In the early 2000s, he sang tenor in a college a cappella group and played his acoustic guitar at local coffee shops. Raef was introduced to the national stage after his trio rock-band "Great Seneca" toured the United States as part of the "Voices for Change" initiative. Shortly afterwards, Raef joined the "Poetic Vision Tour" : a band of traveling musicians and poets dedicated to inspiring a cultural renewal. After signing to Awakening Records, Raef released his award-winning debut album "The Path" to critical acclaim in the summer of 2014. Known for his unique lyricism and introspective style of writing, Raef's music is a sound-track for many seeking a path to The Divine. With tunes that moves seamlessly between commercially accessible rock songs and spiritual hymns, Raef is contributing to an authentic Muslim American culture.