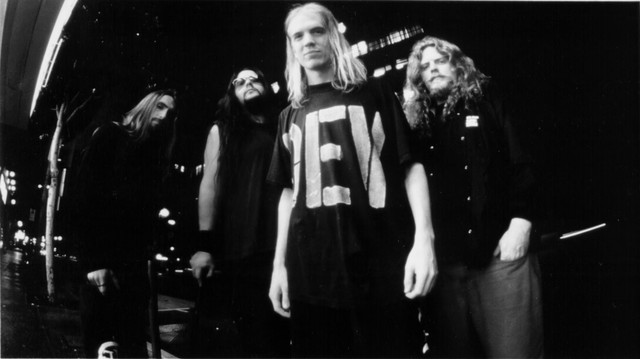 Having been known for running his own label Hevy Devy Records, helping out with such acts as Steve Vai and Front Line Assembly and fronting two other bands (Infinity and Ocean Machine), Strapping Young Lad frontman Devin Townsend seems to keep himself busy with the rock & roll lifestyle. With the later being his full-time gig since 1994, Strapping Young Lad not only features Townsend on vocals and guitar, but also with the accompaniment of Jed Simon (guitar), bassist Byron Stroud, and Gene Hoglan on drums. After a few gigs in their home base of Vancouver, Canada, a demo surfaced immediately grasping the attention from Century Media Records a year later. With their 1995 debut of Heavy as a Really Heavy Thing, it clearly shows that just because you play in a metal band, doesn't necessarily mean that you can't have a sense of humor. After some two years of touring with such acts as Entombed, Obituary, Crowbar, and Stuck Mojo, Strapping Young Lads' second album, City, came out in 1997, followed by even more touring across the globe and a stint on the Australian continent -- the first for any Century Media band. The live EP No Sleep 'Till Bedtime documents their shows down under and was released in 1998. ~ Mike DaRonco, Rovi