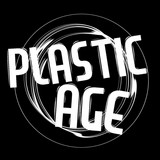 With more than 160 concerts performed in France and abroad, the mixed trio (two girls and one boy) who was constantly drowned in the music of the Pixies, Vines, Garbage and Hives - is the group to follow. In making more and more tours, discs and music videos, the group has started to become more and more known outside France’s borders. The group offers a new album supervised by Julien Robalo from The Marshals, after a first EP in 2016 and an album in 2018 which were both praised by critics - Rock&Folk, Abus Dangereux, and several tracks integrated in international playlists in Europe, USA, and Australia. This album is rich and raw at the same time, with warm and organic sounds. The title “Yeack!” sets this out straightaway. It is composed of 12 tracks full of energy with elaborate and thorough arrangements. Keeping its DIY, the group has been able to rely on an active and important fan-base for making this album a reality rich in surprises. It will for sure reach a significant milestone in the band’s history.