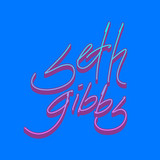 NEW ALBUM - "STATE ROUTE INFINITY" - RELEASING MARCH 2022: https://linktr.ee/StateRouteInfinity || I'm a non-binary & transfeminine solo musician, making music since 2016 and having released 80+ tracks as of Sept. 2021. The music I most often like to make are soundtrack-style tracks that wouldn't feel too out of place in a video game, standard rock/indie-rock/metal songs, power ballads, and whatever else I happen to feel like making in the moment.