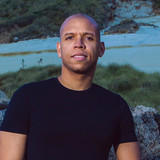 Francis Mercier, Deep Root Records’ Founder and Label Boss, is a force behind the NYC House Music scene as one of its most popular Producers/DJs. Francis produces and performs different facets of House Music merging classic, melodic, and tech house with Afro and soulful influences. He is also versed with deeper, Afro/tribal house under his other alias, Emvafaya. His flair, originality, and stage presence have gained him access to some of the most coveted stages in NY such as Marquee, Lavo, Webster Hall, Pacha, and Output, and in European cities such as Munich, Zurich, Lisbon, Belgrade, Stockholm, and Paris where he frequently performs.  Francis has generated millions of streams under his catalog with past and upcoming releases on Deep Root, Spinnin', Armada, Subliminal, Get Physical/Swoon, and BLOND:ISH's Abracadabra to name a few. His songs have reached the Top 10 on Beatport, been on some of Spotify’s most popular House & Electronic playlists such as Housewerk, Happy Beats, Haitian Heat, and Chill Tracks, and his releases are also aired on some of the biggest dance music stations across the globe such as KISS FM, BBC Radio 1, Sirius XM, Radio 105, Radio FG, and NRJ France. Electronic music icons of the likes of Black Coffee, Carl Cox, Mark Knight, Gorgon City, Leftwing : Kody, LP Giobbi, Diplo, Claptone, and many others have supported Francis' work along with world-renowned companies Disney, Porsche, IBM, Snapchat, Netflix, and other brands who have licensed his music.