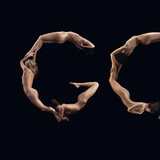 Before they perfected the electronica-meets-tango sound of the Gotan Project, Paris musicians Philippe Cohen Solal and Christoph H. Müller worked together in The Boyz From Brazil and Stereo Action Unlimited as early as 1996. Releasing their music on Solal's ¡Ya Basta! Records, the two quickly caught the ears of Jazzanova, Gilles Peterson, Mr. Scruff, and other electronica tastemakers. Despite all the success, the duo wanted a project that had a more consistent mood. Feeling that both tango and dub had a subdued and melancholic sound, they decided to combine the genres. With the addition of Eduardo Makaroff in 1999, they formed the Gotan Project and released their first of four 10"s Vuelvo al sur on Ya Basta in February 2000. The band had drummed up quite a buzz in the U.K. and European press, soon XL Recordings snagged the group. Their first album, La revancha del tango, was released in 2001, and the self-proclaimed "top Argentinian musicians exiled in Paris" toured to support the album, with guest musicians and a video backdrop by artist Prisca Lobjoy. Lunático, their second studio album, was named after tango legend Carlos Gardel's champion racehorse, featuring guests Calexico and Gustavo Beytelmann recorded between Buenos Aires and Paris. Tango 3.0 appeared in 2010. To celebrate the tenth anniversary of La Revancha del Tango, the Gotan Project enlisted the stars of the nueva cumbia scene to remix the album and retitled it La Revancha en Cumbia. ~ David Jeffries, Rovi