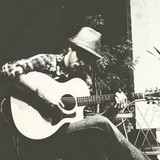 mismatched-shoes aficionado and ardent lover of lamb's ear, Johnson City singer-songwriter daniel couper has been applying himself to the crafts of both singing and songwriting for nearly a decade. Early influences such as Dave Matthews Band and Jon Foreman of Switchfoot collided with a more formal world of music when daniel declared himself a classical voice major in college and began singing with an array of choirs and vocal groups across an expansive landscape of classical, jazz, pop, and southern gospel styles. Drawing on fresh influences from the musical periphery such as Gregory Alan Isakov, The Oh Hellos, and Glen Hansard, daniel wrote compulsively throughout these college years. But it wasn't until after graduation that he began taking to the stage with his original tunes: hopeful, contemplative folk songs with a penchant for harmony and the occasional flair of fervor. Over the past couple years, daniel has turned his focus toward recording and producing these songs, gathering together more than sixty friends and fellow musicians from all over the continent to contribute to his 2017 debut album, Bienvenu, and the literarily-themed follow-up, Epilogue: The Bienvenu Stories. (Particular props to Colin Jeffress, Justin Louthian of Folk Soul Revival, Justin Short and Jason Hardy of the Beth Snapp Band, Zach Ross of A Great Disaster, and several alumni of ETSU's Greyscale for their help in pulling these albums together.)