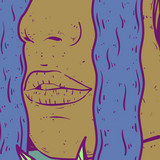 Mauve Grove is Babak Taghinia, CJ Hall, David Jones, and Spencer Bridgwater. Initially formed in Toronto in late 2016, the group caught quick attention from the local music scene with their debut LP Hot Laundry, released in July 2018. Mauve Grove’s unique sound blends a mixture of styles, including elements of hip-hop, funk, jazz, and prog. They’ve been compared stylistically to a combination of A Tribe Called Quest, Anderson .Paak, Rage Against The Machine, and BADBADNOTGOOD. The band continues to evolve their musical palette using a variety of influences. They are currently working on their second full-length record, which is planned for release in early 2020. The band’s live performances are animate and fluid. Each show is an experiment in both communication and aesthetic. Improvisation takes the spotlight as they flow from one song into another, and each member contributes a unique and engaging personality to the stage. Intricate timing and voicing arrangements are central to the band’s sound. Mauve Grove continues to push boundaries across styles and blur lines between genres as they perform throughout 2020.