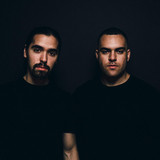 Featuring WE ARE FURY

WE ARE FURY is a Canadian instrumentalist and producer duo consisting of Joachim Speidel and Stuart Brookes. Originally from South America, Speidel moved to Vancouver in 2013 to further his academic pursuits. He later dropped out of university in his sophomore year to fully dedicate himself to music production. Brookes, who is Vancouver-born, was producing and attending university when they met and began collaborating. In 2016 they formed a duo, later releasing their first vocal single Fade Away (feat. Tallyn) as well as official remixes for Mako and ILLENIUM. Since its inception, WE ARE FURY have amassed over 30 million streams on Spotify alone. The duo released their debut LP DUALITY in August 2020.