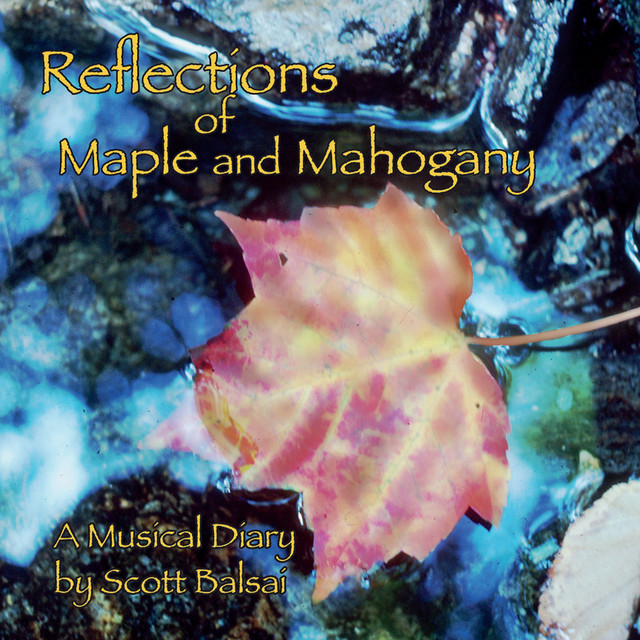 "Acoustic Reflections" is what Scott Balsai calls the compositions he creates on his acoustic guitar. "Each piece," he says, "reflects a sliver of my life, but taken together, they can be seen as musical diary of 'tone poems' which reflect my life as a whole." Having been born and reared in Bethlehem, Pennsylvania from the 1950’s through the 1970’s, Balsai had the fortune of being located in an unusually rich musical milieu. Home of the “Godfrey Daniels” coffee house, Scott had the opportunity to cross paths, both on stage and off stage, with the likes of John Gorka and Steve Kimock, among others. Then in 1981, pulled by his love for the outdoors, he moved to Pocatello, Idaho where he became an English teacher in the Pocatello School District. Although he has been retired from teaching since 2011, he says that... "...some of the most ardent and polite listeners of mine have been those students in my classes over the years that I have taught in the Pocatello School District. A few of those English students of mine also became guitar students during the lunch hour. I suppose the best thing I could have done with my guitar for most of my working career was to use it as a teaching tool in my classes, as I did. The apparent effect it had on my students and their learning was, and still is, more valuable to me then anything else I could have possibly done with it." www.acousticreflections.net https://www.youtube.com/results?search_query=Scott+Balsai