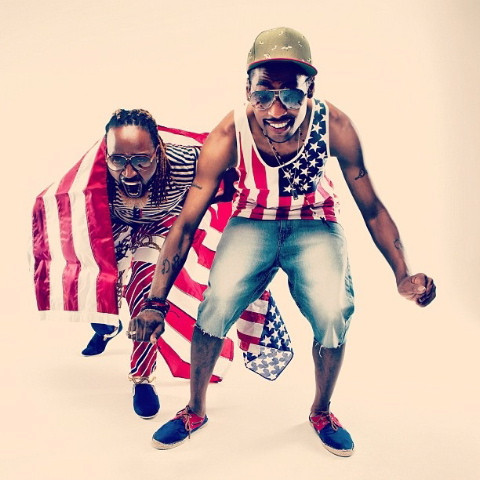 Atlanta's party rap duo Ying Yang Twins scored a hit with the single "Whistle While You Twurk," which received nationwide airplay on urban and crossover radio stations. Their full-length debut album, Thug Walkin', appeared later in 2000. Alley...Return of the Ying Yang Twins from 2002 sold well down South, but it was the duo's 2003 team-up with Lil Jon -- "the King of Crunk" -- that brought them nationwide success. The party anthem "Salt Shaker" was a massive club and radio hit and soon had the TVT label chasing the duo to sign. They did, and their first album for the label, Me & My Brother, yielded two more crunk hits, "What's Happnin!" and "Naggin'." The same year the duo appeared on Britney Spears' album In the Zone and her television special of the same name. In 2004, TVT released the remix-filled My Brother & Me with a bonus DVD of the group's videos. USA (United State of Atlanta) appeared in the summer of 2005 as its single "Wait (The Whisper Song)" was dominating urban radio. Chemically Imbalanced followed in 2006. ~ Heather Phares, Rovi