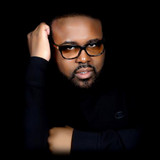 Since 2010, G. Twilight has been considered one of Detroit's most known unknowns on the underground scene for writing day-in-the-life storytelling songs that blends business and personal together with intimate details of his life, his struggle with family, relationships with women, drug rivals, local law enforcement, and his attempt to escape "the life" as a young man in Detroit, MI. His gritty real-life tales expose the nasty underbelly of Detroit's underworld where hedonism and violence are the law of the land. Not only does he go into explicit unapologetic detail about his own life, but he also regurgitated local history and urban myths of infamous Shakespearean underworld figures that eventually got his music featured on the "Demetrius Holloway: Last Man Standing" DVD.