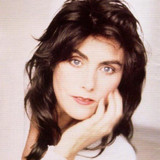 Laura Branigan was a Grammy-nominated pop singer/songwriter and actress. Her cinematic, synth-driven, club-friendly dance pop and groundbreaking music videos sent her singles and albums to the top rungs of the charts and made her a huge concert attraction. From her clear-throated, fist-pumping post-disco singles like "Gloria" to the sultry, Roland 808 vamps and drum machine loops in "Self-Control" and beyond, Branigan was a singles artist whose career arc coincided with the rise of the MTV era. Her chart successes mirrored those of other '80s female icons such as Sade, Kim Wilde, and Kim Carnes. Her place in pop culture was so prevalent, two of her songs were selected for the soundtracks of a pair of the decade's most iconic films, Flashdance and Ghostbusters. Branigan placed five singles in the upper reaches of the Hot 100, six albums in the Top 200, and two-dozen songs split between the dance music and adult contemporary charts. She continued to work in theater and film, and to record with other artists, until her death due to a brain aneurysm in 2004. Branigan was born in 1952 in the upstate New York town of Brewster. It wasn't until her senior year in high school that she considered pursuing a musical career after landing the lead role in a school musical. By the mid-'70s, Branigan had been accepted at the American Academy of Dramatic Arts in New York City, and in the latter part of the decade she auditioned to be a backing vocalist for Leonard Cohen. She won an audition and spent the remainder of the decade touring the world with him. As a result, she landed a recording contract with Atlantic. Work on her solo debut was held up by a breach of contract lawsuit that resulted from her changing her management. All issues were eventually sorted out by 1981 and Branigan launched her solo singing career with her debut, Branigan, in 1982. The album spawned one of the year's top pop hits, the Donna Summer-like "Gloria," a remake of an Italian pop song from the '70s that peaked at number six in the U.K. and number two in the U.S. (the song also earned Branigan her first of four subsequent Grammy nominations for Best Pop Vocal Performance, Female). The song's popularity reached massive proportions in other parts of the world, especially Germany, where it hit the number one position and spurred renewed interest in the original Italian version that reached the number two slot. Released in 1983, Branigan 2 spawned another two U.S. hit singles with "Solitaire" and "How Am I Supposed to Live Without You" (the latter of which was co-written by Michael Bolton).

Further albums were issued during the remainder of the '80s: 1984's Self Control (number 23), 1985's Hold Me (number 71), and 1987's Touch (number 87), which all spawned hit singles: the title track from Self Control, "The Lucky One," "Ti Amo," "Spanish Eddie," "I Found Someone," the title track from Hold Me, "Shattered Glass," and "The Power of Love." But, by the dawn of the '90s, the hits had dried up for Branigan, and such albums as 1990's self-titled release and her final album, 1993's Over My Heart (which she co-produced with Phil Ramone) went all but completely unnoticed. In 1994, Branigan duetted with David Hasselhoff on the track "I Believe" for the Baywatch soundtrack, and a year later the singer's first hits compilation, the 13-track The Best of Branigan, appeared and included two newly recorded covers, Maria McKee's "Show Me Heaven" and the Donna Summer hit "Dim All the Lights"; the latter was also subsequently released various times in remixed form. In addition to issuing albums, Branigan continued to act and perform concerts in Europe and Asia. In the '80s, she appeared in cameo and guest spots in the television series CHiPS and the films Mugsy's Girl (1984) and Backstage (1988); in the '90s, she appeared in the TV series Monsters (1991). In 1994, Branigan's husband, Larry Kruteck, was diagnosed with colon cancer. She refused to accept the medical prognosis, and left music behind to care for him. Branigan put Kruteck on herbal treatments and, as his condition deteriorated, she eventually cared for him full-time. He passed away on June 15, 1996 in New York. In 2001, a second hits collection, The Essentials, was released and included the often requested yet long out of print hit "I Found Someone." Branigan returned to the public stage in 2002, earning rave reviews for her brief portrayal of Janis Joplin in Love, Janis. On August 26, 2004, Laura Branigan suffered a brain aneurysm and died in her sleep. On the first anniversary of her death in 2005, fans attended the first "Laura Branigan Spirit of Love Memorial Gathering" weekend, sponsored by Other Half Entertainment (Branigan's management company at the time of her death) and her official website. The gathering became an annual tradition. Other Half Entertainment continues to oversee her career legacy through her website and Facebook pages. Her management company works regularly with Warner Music Group in the production and release of various new greatest-hits compilations. The Platinum Collection is an 18-song set that includes all the major hits as well as tracks such as "Silent Partners," "Satisfaction," "All Night with Me," and "If You Loved Me," four relatively new additions. In 2007, Rhino reissued The Best of Branigan. In 2009, Rhino re-released three Branigan albums: Touch, Laura Branigan, and Over My Heart. In June 2010, Shine On: The Ultimate Collection was released, which -- a first -- incorporated a DVD featuring the music videos for ten of Branigan's hits, in addition to an 18-track audio disc of radio edits. Cherry Red reissued a double-disc expanded version of her 1984 album Self Control in the summer of 2020. ~ Greg Prato, Rovi