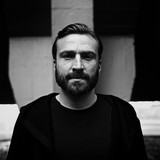 While the world is buzzing, vibrant and elusive today, the past turns blurry and the future becomes nothing more than speculation. Thus people who dare to make a stand become nowadays more relevant than ever before: Benny Grauer is a man who has faith in his own beliefs. This led him some years back to energetic techno music and Grauer himself to becoming a purveyor of fine techno music whether as producer, label manager or DJ. Over several years Grauer has established himself as one of the most aspiring figures in Germany´s electronic music underground. Not only has he been working for a good few years with establishing his own label Still Hot and has released his own craft like the widely anticipated single „Falling EP“ on Moodmusic, his inimitable style as DJ has also taken him to play

at many clubs around the world, with Gigs in China, Russia, Australia, Colombia, Peru, Indonasia, India and Thailand and nearly whole Europe, always displaying a vast knowledge of music not limited to one particular genre – with his own signiture style always pounding in the background like an undisruptible bass line.