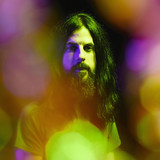 Montreal based singer/songwriter Derek Orsi pushes the boundaries of Alt Rock with his unique blend of melodic hooks, odd time signatures and social satire. Derekʼs debut LP Fallen Angels will be released in 2021 and is supported by the single Faire La Fênetre. The record crosses the bridge of indulgence with instrumentation ranging from violas and pianos to distorted guitars and 808s. Fallen Angels was conceived as a studio project between Derekʼs production gigs but has quickly materialized into a powerful living organism. He opened the Freq Shop recording studio in 2011 and has engineered, mixed and produced records for The Damn Truth, We Are Monroe, John Jacob Magistery and Juno nominated artist The Franklin Electric. Derek also spent time in Los Angeles working under Grammy nominated producer Brandon Friesen in 2018. Having produced original content for years, Derek decided it was finally time to share his music with the world. He released his first single Crash & Burn in May 2020 and has been building momentum for his LP release ever since.