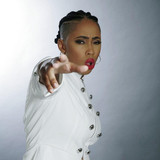 Born and raised in Mobile Alabama, Felecia Nichole Tunstall musically known as T Barz realized her gift of writing in 2009 when she started writing poems which turned into spoken word that she performed at local functions. Within the past 5 years Barz has gotten more in tuned with turning her spoken words into musical pieces. She is overall multi- talented with paid skills in acting and dancing with styles in Hip Hop and Lyrical. T Barz is a triple threat with a strong work ethic. In her early days of her love for hip-hop you could find her battle rapping with the best raw talent in the South including Atlanta. She was a force to be reckoned with from her 1st bar. The lyrics in her music speak on her life experiences in music, hip-hop, love, personal struggles and victories. Her message is both powerful and positive. T Barz is on her way to the top as her debut single “Flexin” obtained a nationwide buzz reaching the #1 Hip Hop song on the U.S. charts for several weeks. Her sophomore single “Dunno Why” is touching hearts worldwide as the song speaks on the sensitive subject of a daughter who was raised without her father. T Barz has appeared on NYC Television Arise 360 and has been featured in prominent hip hop magazines and publications such as This is 50, Platinum Hip Hop, Hip Hop DX, Hip Hop News 24 and The Hype Magazine. Barz just recently made her Debut performance in NYC's legendary SOB's.