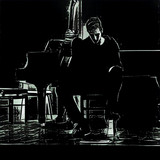 Gonçalo Maia Caetano was born in Coimbra, Portugal. He started playing the guitar at the age of 7 in Academia de Música de Pinhel. In 2012 Gonçalo moved to study in Conservatório de Música S. José da Guarda in Professor Pedro Ospina’s class. He is currently studying at the Royal Academy of Music with Professor Michael Lewin.   Gonçalo has performed in many concerts throughout Portugal, Spain, Italy, Austria and United Kingdom. During his studies in Portugal he was fortunate to be invited to be a part of the orchestra “Guitarrafonia”. They performed in famous venues and festivals such as Centro Cultural de Belém and and the festival “Allegromosso”.   In 2017, he was the winner in the competition “Grand Prize Virtuoso” and, consequently, was invited to give a concert in Wiener Saal, Mozarteum in Salzburg, Austria. In 2016, Gonçalo received the 2nd prize in Valencia’s International Guitar Competition (the first prize was not awarded). Earlier in the year, he was awarded the 3rd prize in Guimarães International Guitar Competition.   Apart of his classical guitar studies, he is very interested in Jazz. In the end of his first year at the Royal Academy of Music, he started a second study in Jazz Guitar. Gonçalo also has his own Jazz project “Maia” with which he released the single “Yellow”. In 2020, the guitarist joined the “Phemo Quartet” as the group’s Bassist