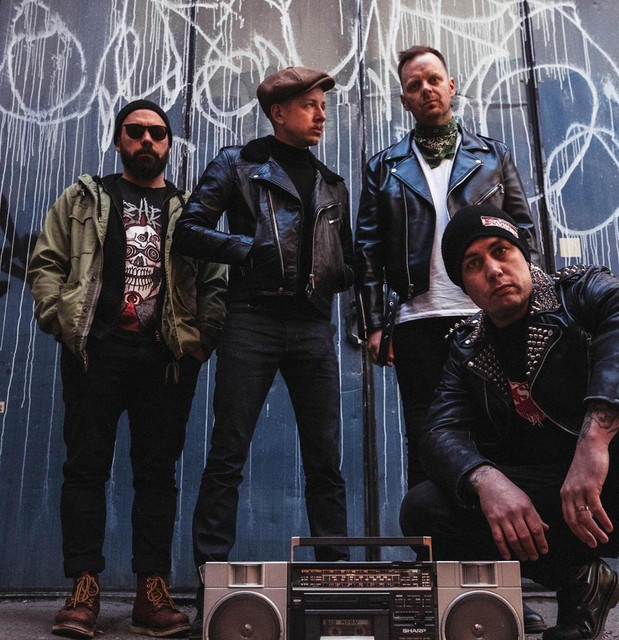 Swedish Blisterhead began touring on demo recordings in 2001 and got a lot of attention for their liveshows, blending the furious anger of punkrock with the showmanship of 50’s Rock’n roll. They signed with classic Italian punklabel KOB Records after a gig in Lillyhammer 2002. The following year debut album ”Punk Royale” was released, followed by extensive tours in Europe. 2004 sophomore album ”Via Casilina” picked up where the debut left off and was named after a street in Rome where the band lost all instruments after a burglary in their Van. Third album ”Under the city lights” was an effort to broaden Blisterhead’s audience and resulted in air time on MTV Nordic and headlines when neo nazis tried to kill the band with a bomb thrown up on stage in St Petersburg. Not completely satisfied with the somewhat softer sound of the third album, 2015 saw Blisterhead return to their roots with ”Tumbling Down”.

2021 will see the birth of Blisterhead’s latest and greatest album ”The Stormy Sea” coming out on Maldito Records.