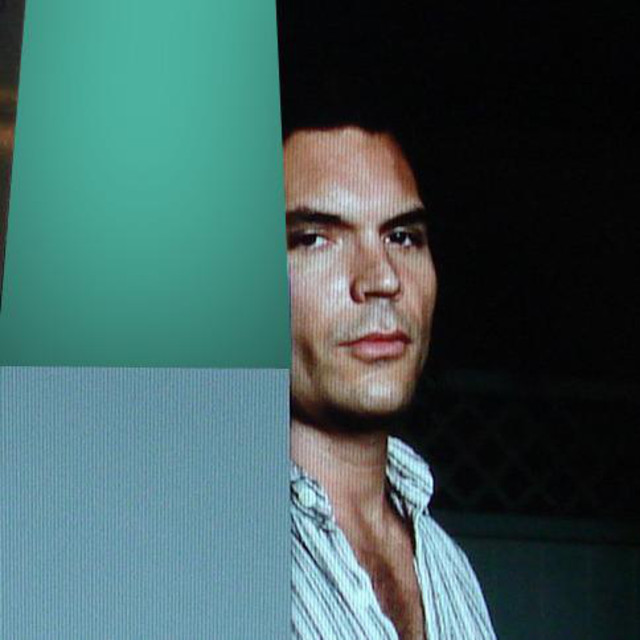 The alias of producer and visual artist Luke Wyatt, Torn Hawk's music initially revolved around "video mulching" -- Wyatt's term for his style of video editing, which featured heavily processed collages that sampled sources ranging from VHS tapes of '80s teen and action films to pornography -- when he came to prominence in 2009, but he incorporated more original elements over the years. Professing a love of pop culture and cinema (his step-mother owned an independent movie theater in Charlotte, Virginia when he was growing up), his visual and musical output carries a degree of sincerity as well as immediacy. Wyatt's music was first exposed to a wider audience with his Tarifa EP through Ron Morelli's L.I.E.S. white label series in 2012. That year, he was also commissioned by rare '80s boogie reissue label Peoples Potential Unlimited to create a VHS promo compilation video of unseen '80s party and music footage on the release PPU Video Party, and produced videos for the likes of Mock & Toof, I:Cube, Mi Ami, and Ex-Vivian. Wyatt enjoyed a prolific 2013, with releases on labels such as No Pain in Pop, Emotional Response (under his Lossmaker guise), a couple of 12"s on Morelli's main label, and his own Valcrond Video. In 2014, he released his first long-player (via download and a limited-edition cassette) called Through Force of Will on Amanda Brown's Not Not Fun, and he readied the white-label Quadrifolio for release later that year. That November, he returned with his Mexican Summer debut, Let's Cry and Do Pushups at the Same Time, which featured a subtler approach. Following 12"s for Valcrond Video and L.I.E.S., Torn Hawk's next full-length appeared in May 2016. Inspired by his move to Berlin, as well as 19th century Romanticism and the paintings of Karl Friedrich Schinkel and Caspar David Friedrich, Union and Return moved further from Wyatt's collagist roots in favor of carefully orchestrated, emotionally direct compositions. ~ Aneet Nijjar, Rovi