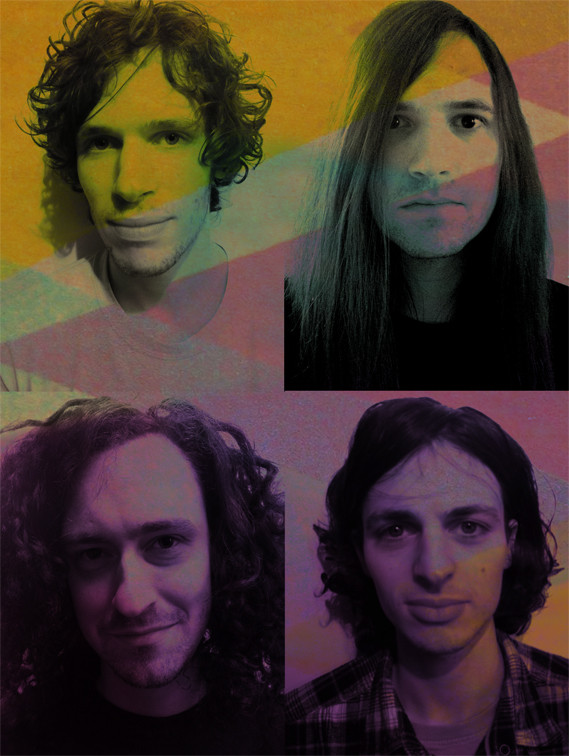 Featuring It Hugs Back

With a droning yet jangly sound inspired by Stereolab, Sonic Youth, and Wilco, Kent, England's It Hugs Back originally consisted of guitarist/vocalist Matthew Simms, keyboardist/vocalist Jack Theedom, bassist Paul Michael, and drummer Dimitri Sudell (who was later replaced by Will Blackaby). The band's first single, Lights in the Trees, arrived in 2006 as a limited edition of 1,000 copies. They returned the following year with the Carefully 7" and signed to Too Pure, with the Early Evening single marking their debut release for the label. Other Cars Go arrived in early 2008 and received airplay on XFM and praise from NME, who compared them to Bright Eyes. The Record Room, a compilation of It Hugs Back's singles, appeared later that spring. The band's official debut album, Inside Your Guitar, arrived a year later on 4AD. In 2010, Simms also became a guitarist with art punk legends Wire. It Hugs Back continued releasing EPs and online material in the years between their proper albums. In 2012, they started their own label, Safe & Sound Records, and used the imprint to release their second album, Laughing Party. They followed it with 2013's Recommended Record, also released on their own label. The Krautrock-tinged Slow Wave arrived in 2015. ~ Heather Phares, Rovi