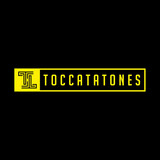 The Toccatatones are High Point University’s premier all-male A Capella group. Originating in 2001, the Toccatatones are the first and oldest group from HPU. The T-Tones pride themselves on their wide range of genres that they cover in their albums and their electric stage performances.   Since the groups inception, the T-Tones have produced 7 studio albums and EP’s ranging from 2010’s Hits From The Pitch Pipe which was the first recorded album to be released to the public and features their popular cover of Save Tonight, to their most recent release Ovation in 2019 which includes covers such as All Time Low and XO Tour Llif3. This fall they have plans to record another full length album to be released sometime in the spring.   The Toccatatones are a nationally recognized group as they have been featured twice on a BOCA (Best of College A Capella) compilation and Twice on a Voices Only Compilation. Their most recent hit Sober Up was featured on both Voices Only 2019, Vol. 1 (A Cappella) and BOCA 2020: Best of College A Cappella.   Out of the recording booth and on stage, the Toccatatones have performed on some of the biggest stages in A Capella including Carnegie Hall, the BOSS competition in Boston, as well as competing in the 2020 Regional ICCA at the Carolina Theater. This upcoming year, the Toccatatones will be celebrating their 20th anniversary and will be featuring alumni in many of the new projects they have coming up. #TTones20