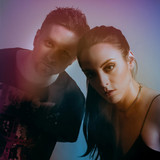 Los Angeles natives YVR, Courtney Jenaé Stahl and Stephen Stahl, are being noticed for their “ear candy” pop sensibility and cleverly crafted songwriting and production. Their duo name is an homage to the Vancouver airport code and the city in which they became engaged. The couple’s music career includes shaping the global K-POP sound for super groups EXO, Red Velvet, Girls Generation and many others—with over 5 million records sold and a combined 10 number one singles (including two that have reached #1 on the Billboard World Album Charts) YVR’s two EP’S (“Night Days” and “How Have You Been?”) have garnered critical acclaim from American Songwriter, HollywoodLife, Earmilk, and other leading music media outlets. Their recent tour with SoFar Sounds in early 2020 was met with resounding success and included an invitation to perform at South by Southwest festival.