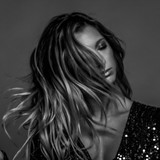 Texas-native and Nashville-based pop singer/songwriter, Alicia Beale, embodies a power and range that is reminiscent of Celine Dion, and can emote the raw soulfulness of fellow, Port Arthur native, Janis Joplin.   In 2010, her self-produced EP, “Stronger”, quickly caught the attention of Grammy-winning country producer, Garth Fundis. By then, Beale had founded country duo, Autumn Rose, their self-titled EP (Fundis) released in June of 2013. In 2014, she toured with Angelo Petraglia (Kings of Leon), and his wife, Eulene, as a background vocalist in their band, The Jane Shermans. Then, in late fall, she raised over $25k bring for her solo project, Ignite, to life.   Beale wrote, recorded, and promoted her solo, debut record, Ignite, with friend and producer, Mike Gossin. Ignite draws on influences from early years like: the King of Soul, Otis Redding; blues queen, Bonnie Raitt; and performer extraordinaire, Freddy Mercury, as well as current, pop trailblazers like Bebe Rexha, and Katy Perry.   She is currently working on her second solo project with Andrew Gomez (Loyals), playing with electronic sounds and getting more personal in content.   "Thanks to all the love and support of my fans for sharing in my dream; I'm able to make a living doing what I love, but also make a difference. Music has given me a voice to celebrate some truly great moments, and has also carried me through some of my darkest days."