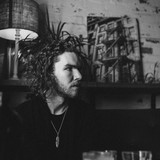 // Two Tale is the solo recordings of Australian musician and producer Micah Edmonds. The name is significant. Conceptually focused, Two Tale's songs are both subtle stories unto themselves and contrast pieces with each other. When examined, the whole picture reveals a deeply focused sense of lyricism behind an ebbing, flowing exterior, poking at the everyday grief of simple life. Dancing on the edges of both indie rock and acoustic songwriting, a progressive influence helps Two Tale's sound defy genre classification at most turns. The resulting music is maleable, endlessly interpretive, whilst almost always darker and more intricate than it first appears.