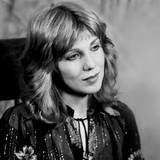 A versatile and award-winning American pianist, composer, arranger, and session musician, Suzanne Grosvenor emerged in the 1980s with a style rooted in classical but also incorporating elements of blues, improvisation, jazz and ambient music. Debuting with Lantern in the Window, Grosvenor has found multiple avenues for success, dabbling in blues, jazz, rock and pop, as well as composing for film and documentaries. Immersed in the world of classical music from a very young age, Grosvenor began performing her own compositions on piano at just eight years old. After winning a concerto competition, she attended music school where she studied music theory and composition. Finding herself drawn to the creative freedom of improvisational music, she began exploring genres outside of the classical world, playing the fiddle and washtub bass at bluegrass festivals, fronting a jazz fusion trio, and even landing a regional new wave hit. She distilled those experiences in 1984 with release of her first solo effort, Lantern in the Window, which stood at the nexus of classical and jazz... She began focusing on improvisational music in the 1980s, creating sound portraits to stimulate healing. Her music appeared on a 1988 compilation that featured David Lanz, George Winston, and David Benoit...In 2012, she began releasing spontaneous piano pieces, beginning with Piano Improvisations I...and has continued to issue neo classical & meditative pieces. -excerpts by James Christopher Monger, Rovi